The claims were made at a meeting on Tuesday night at which female Conservative MPs shared accounts of alleged sexism and harassment.

One of those who reported the unnamed MP was a female minister who said she saw him viewing the material while sat beside him in the Commons chamber.

Tory Chief Whip Chris Heaton-Harris has escalated a review of the claims. 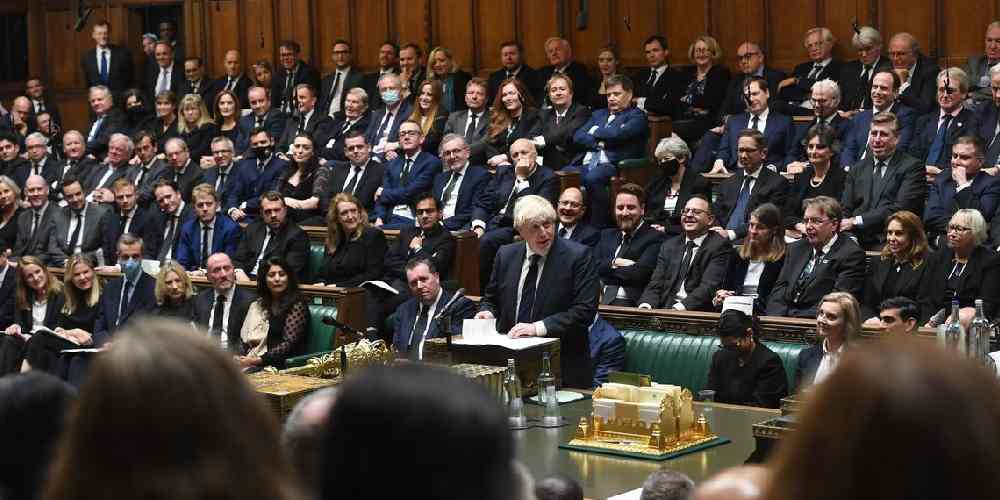 Mr Heaton-Harris, who is in charge of Tory MPs’ discipline, was initially said to be looking into the matter – before he asked for it to be referred to Parliament’s Independent Complaints and Grievance Scheme (ICGS).

A spokesperson for his office said:

“Upon the conclusion of any ICGS investigation the chief whip will take appropriate action.”

The female minister said the incident occurred last week and that she had also seen the MP watching pornography during a hearing of a select committee, The Times reported.

A second female Tory MP said she had witnessed the same man watching pornography inside the Commons and that she had tried but been unable to capture video proof.

It comes amid a renewed debate about the culture at Westminster after a Mail on Sunday story claimed Deputy Labour Leader Angela Rayner sometimes tries to distract Boris Johnson during Prime Minister’s Questions by crossing and uncrossing her legs.

The article was criticised as being misogynistic by numerous figures on both sides of the House, including the prime minister.

In the Commons on Wednesday, Green Party MP Caroline Lucas cited a report in The Sunday Times that said a total of 56 MPs, including three cabinet ministers, were facing allegations of sexual misconduct, and asked the prime minister whether such behaviour was grounds for dismissal under the ministerial code.

The claims about the MP viewing pornography were made on Tuesday at a meeting of the 2022 group – a group of female Conservative MPs set up to push for measures to improve the gender balance in the party. They were first reported by The Sun and The Mirror.

Conservative MP Pauline Latham, who was at the meeting, told BBC News many attendees had come out “totally shell shocked”.

“They couldn’t believe something like that could happen in what’s really a professional place,” she said.

She said she did not think

“anybody knows who [the accused MP] is” besides the MP himself, the people who reported him, and the chief whip.

She added that, if the allegations were found to be true, the MP should “lose their job” and be thrown out of the Conservative Party.

“We are supposed to set an example in this place and that is absolutely appalling. I am totally shocked,” she said.

The Labour Party said it would be a “sackable offence” for MPs to watch pornography in the Commons chamber.

Shadow Commons Leader Thangam Debbonaire told the BBC she was

“shocked but not surprised” by the story because “there is a culture of sexism in Parliament”.