From provisional results,  24-year old Toto Linet took an early lead in a contest that attracted 10 other contestants including the incumbent Woman Rep, Joyce Korir.

Her story is not all rosy. The 24-year-old aspirant was once accused of intruding into Deputy President William Ruto’s Karen home during a leaders’ meeting.

Chepkorir had visited Ruto’s Karen residence in Nairobi where Rift Valley aspirants seeking UDA tickets were meeting. She was, however, blocked at the entrance by guards who accused her of being an intruder. 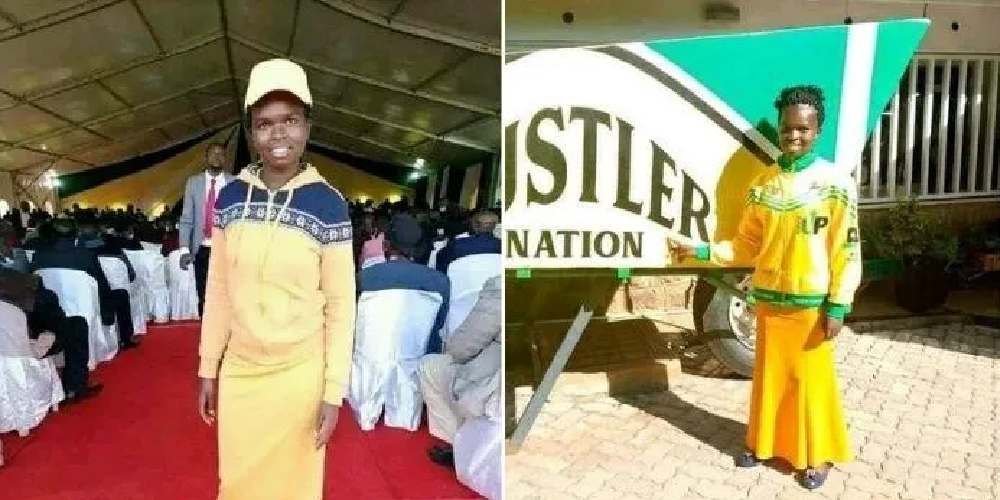 The security detail of the Deputy President told her that she was intruding into the leaders residence which was above her cut. She was judged by her demeanour and the casual dressing that made her look like a school girl.

She, however, stood her ground and insisted that she has to be part of the meeting as she was also an aspirant from the vote-rich South Rift region.

“Eventually, after about an hour, I was allowed in after I showed them my passcode to the meeting; electronically generated for members who have paid UDA aspirants’ fee of Ksh6,000,” she stated in a past interview with The Nation.

Chepkorir donned a yellow hoodie, a simple hairdo, a green dress and rubber shoes to the high-level meeting.

The third born in a family of seven took the back seat as she waited for Ruto to arrive at the event.

“I took a seat in the back row, then it occurred to me that the Deputy President had not arrived. I walked to the front and requested a person who was standing by to take snapshots of me using my phone so I could provide as evidence that I went to the DP’s residence,” she remarked.

Thereafter, she uploaded the photos on her social media platforms and proceeded to switched off her phone as was demanded by security officers. DP Ruto walked in and the meeting began. It ended a few hours later and she started her journey back to Bomet.

Switching on her phone, she realised that she was trending.This was the birth of her popularity.

Chepkorir, who is now hoping to clinch the Bomet Woman Representative seat in August, holds a Bachelor of Business Administration degree from Chuka University, having graduated in April 2021.