A 16ft crocodile named after a terrorist is thought to have killed 80 people in a Ugandan village over a 14-year period.

Osama the croc is said to have wiped out a tenth of Luganga’s population between 1991 and 2005 and dwelled in Lake Victoria, Africa’s largest lake.

Osama would reportedly wait near the lake’s shore and then snatch his victims – which included kids as young as 12 – before dragging his prey down to the bottom of the lake. 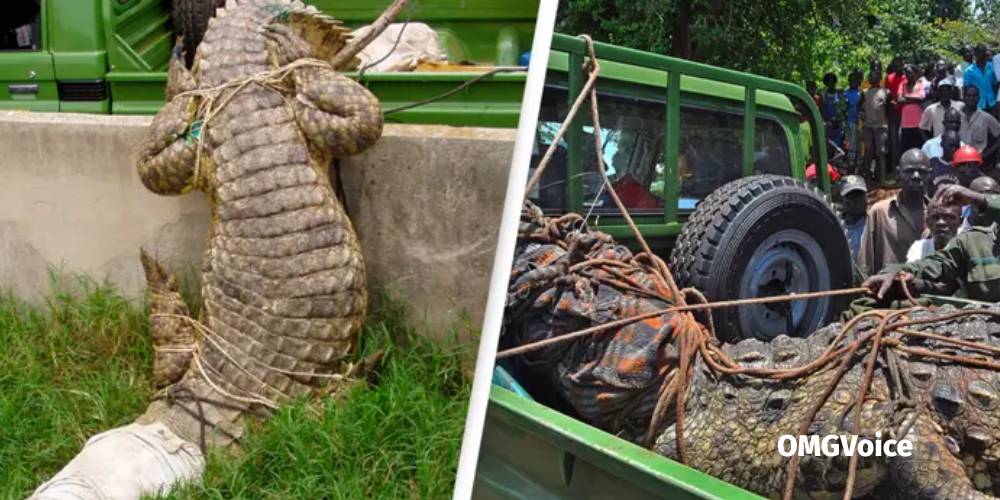 Luganga locals thought Osama was immortal because of his sheer power, and one resident of the village opened up about the death of his brother when speaking to the Sydney Morning Herald back in 2005, shortly after Osama was captured and removed from the lake.

Paul Kyewalyanga had ventured out on a rowing boat with his brother Peter one day when Osama struck, leaping into their boat and grabbing Peter.

“Osama just emerged from the water vertically and flopped into the boat.

“The back of the boat where I was sitting was submerged. Peter was clutching the side screaming. They fought for about five minutes until I heard a tearing sound.”

“Peter shouted, ‘He’s broken my leg.’ Then he let go and was dragged into the lake. A few days later we found his head and his arm.”

In 2005, Osama was finally captured when local people and wildlife officials teamed up to lure the croc from the lake’s depths with cow lungs.

Osama was kept alive and is now part of a breeding program, with Uganda Crocs’ Alex Mutamba explaining at the time:

“All Nile crocodiles like Osama will eat a human being if they perceive their territory is being encroached on. But our crocodiles are well-secured, so I’m not too worried.”

Osama’s years-long rampage is a far cry from Australian croc Fred’s recent attempt at murder, with the beast being swiftly put in his place by an Aussie armed with a frying pan.