A US man managed three impressive career changes going from Navy Seal, to doctor, to NASA astronaut. And if that doesn’t make you feel useless enough, he did it all by the age of 37.

Dr Jonny Kim first decided he wanted to join up to be a Navy Seal when he was just 16 and enlisted instead of going to college, much to the disappointment of his mother. 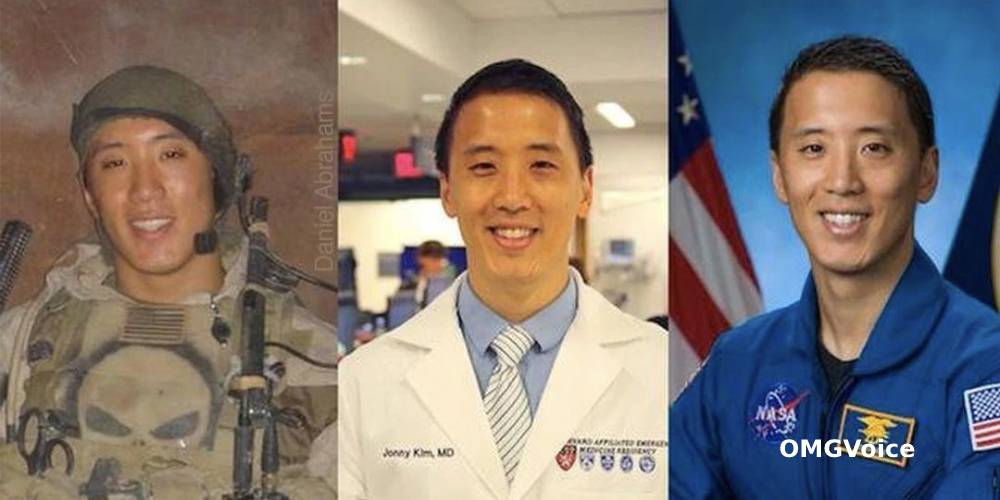 Yep, although he’s more than made up for it since, Kim told NBC his mum ‘cried’ when he opted to join the military rather than go to college.

“She didn’t like it very much. I think a lot of Asian Americans at least 20 years ago when I was going through this process just didn’t really, weren’t really comfortable with it.”

However, he stuck by his decision and became an elite Navy Seal team member after completing his training in Colorado and went on to complete 100 combat operations. He served as a Special Operation Combat Medic, a navigator and a sniper – and if that isn’t enough, he was also awarded Silver and Bronze Star with valour.

My mother has always been a beacon of hope and strength in my life. Thank you for sacrificing your dreams so that I could have my own. #love #mom #엄마 pic.twitter.com/4G2Rhzsv1c

With an already impressive military career under his belt, Kim enrolled at the University of San Diego in 2021 to do a degree in Mathematics, but says his experiences in warzones made him want to become a doctor.

So, just like that he went off to Harvard to become a physician and graduated from Harvard Medical School in 2016.

Not quite content with just helping people on a medical level, Kim then realised his ultimate goal was to ‘serve humanity’ so he set his heart on becoming an astronaut.

And, as you can imagine from a fella as determined as capable as this, he was selected by NASA.

His career at NASA has also been record-breaking, with Kim becoming the first Korean-American NASA astronaut.

And he’s been placed on the NASA ARTEMIS team, meaning he’s eligible to apply for a mission to the moon in 2024. Well, he might as well go to the moon, he’s already completed Earth.

Kim, who is married with two kids, told NBC: “We are all a lot stronger and more capable than we really know.”

As for his future plans, Kim says he will listen to his inner compass that ‘has always pointed me towards being impactful and public service, and that opens a lot of opportunities’.

He added: “So I don’t know what it’s gonna be specifically, but I know it’s going to be following that same compass.”