Celebrity couple Georgina Njenga and his bae Tyler Mbaya alias Baha have shared some of the expectations they had before they moved in together.

The couple moved in together the first day they became a couple. Through Georgina’s YouTube channel, the couple started:

Finances
Georgina says couples should not shy away from discussing finances and how or who will pay for what.

“Money is an important topic that we had not discussed when we moved in together. One thing I have learned is that money can make couples fight very easily. Money is a sensitive topic in a relationship. Couples should discuss finances before moving in together.” advised Georgina.

Tyler says when he and Georgina moved in, he did not expect a girlfriend who entirely depends on him. He wanted someone who could help settle some of the bills. 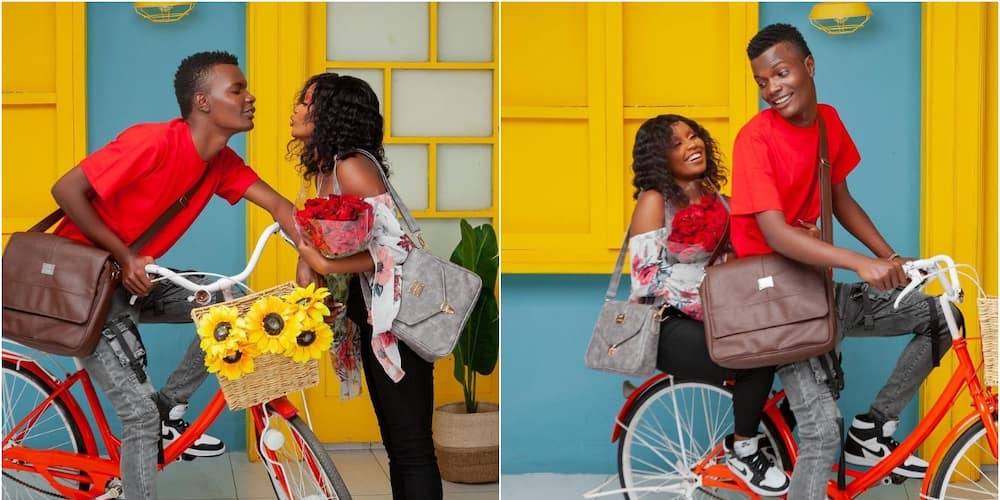 Georgina says it’s only after she moved in with Baha that she realized they had different tastes.

Georgina says she has to keep complaining every single day because he does not put down the toilet flap.

He also doesn’t flush the toilet when he pees.

When the couple moved in together Baha thought he would be given his conjugal rights daily.

He was shocked to learn that kwa ground vitu ni different.

“Most youngins come from teenagehood with all the energy. They think having sex is something that happens daily. I had too many expectations,’ says Baha.

“You shouldn’t expect sex so much, it is good to focus on some other things. It is better that way (not every day).

Informing your partner you are bringing around friends

Georgina says having lived with a cousin and a friend before.

She did not understand what the fuss was about when she brought friends to Baha’s house without informing him.

She however added that she now understands that doing so ensures that random visits from friends don’t ruin their plans as a couple.

“Initially I did not think I had to inform Baha that I was bringing in friends. This is because Baha might have something planned hence that might ruin our plans,” advised Georgina.

Baha says Georgina is notorious for bringing over her friends.

Informing your partner of your whereabouts

Baha says he is still trying to come to terms that he has to keep his partner updated on his whereabouts.

Having been a bachelor for years before meeting Georgina, Baha says

“I had been a bachelor for 4 years before I met Georgina, but now I have to tell her where I am, in case something happens,” shared Baha.