Another year has passed, and with it, another candle has been added to Kane Tanaka’s birthday cake.

Many of us will have ambitious resolutions heading into 2022, but Kane has seen more new years than anyone else on this planet, and is presumably not naive enough to bother at this stage.

The mathematicians among you will have figured out this meant her latest birthday bash yesterday (Sunday 2 January) was her 119th. 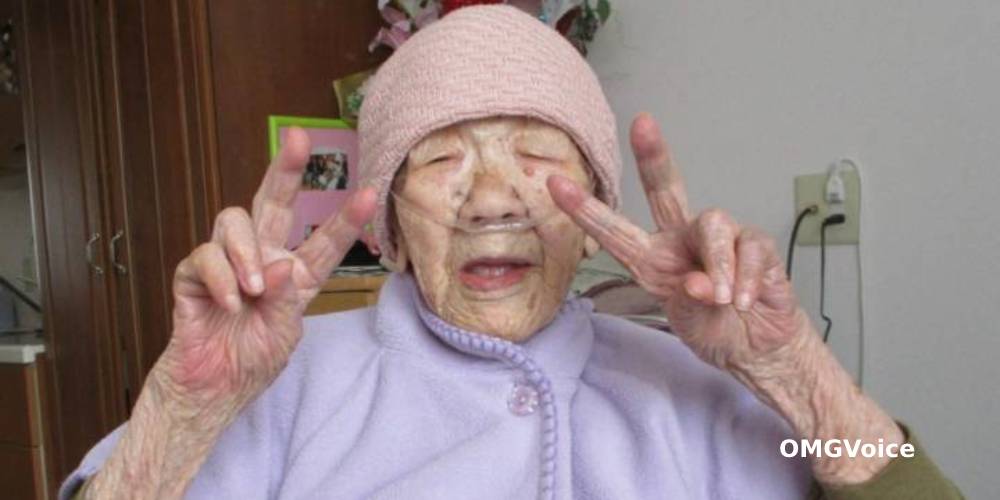 She spent it at the nursing home where she resides in Fukuoka prefecture, south-west Japan – and she’s already got her sights on the big 1-20, according to her family members.

Eiji, her 62-year-old grandson, told Kyodo news agency: “I would like to personally congratulate her soon.

“I hope she remains healthy and has fun everyday as she grows older.”

The seventh of nine siblings, Kane married when she was 19 and ran a noodle shop after her husband and eldest son went to fight in the Second Sino-Japanese War, that started in 1937.

She was recognised by the Guinness World Records as the oldest living person in March 2019, going on to achieve an all-time Japanese age record when she reached 117 years and 261 days in September 2020.

She’s still got a few years to go though before becoming the oldest person ever, with the record set by Jeanne Louise Calment from France, who died at the age of 122 years and 164 days old.

So mental stimulation and errr, loads of sugar, would appear to be the key.