Owusu Bempah “I Put My Life On The Line For Akufo-Addo To Become President, He Betrayed Me”

Reverend Isaac Owusu Bempah, the founder and leader of Glorious Word International has lamented on the ordeal he suffered from the police last year.

He said his arrest and prosecution for a public spat with Rev. Agradaa should have been stopped by President Nana Addo Dankwa Akufo-Addo and Vice President Dr. Mahamudu Bawumia. 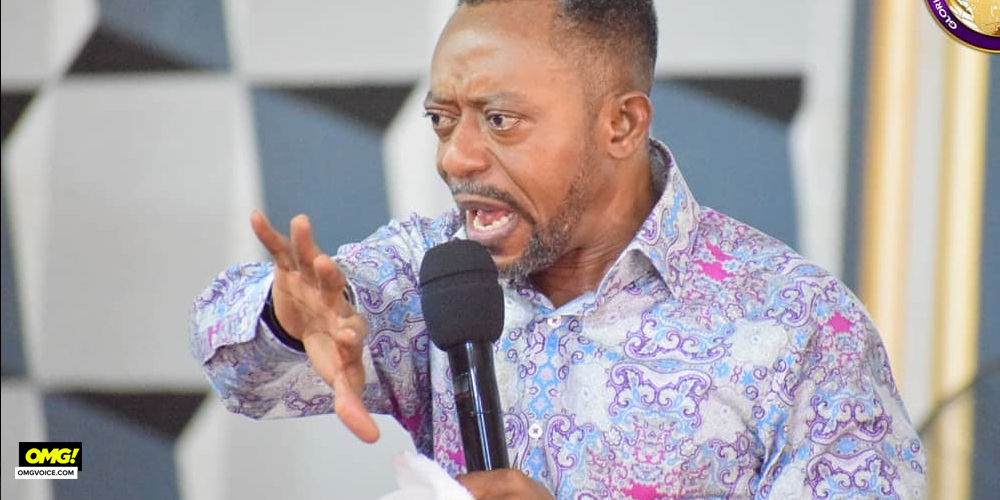 Speaking during a church sermon days ago, Owusu-Bempah lamented how President Akufo-Addo and Vice President Bawumia played varying roles in his predicament, from his arrest through to detention and processing for court.

The controversial man of God said he put his life on the line for Akufo-Addo to become President.

“One day, I will speak out. How I suffered because of Nana Akufo-Addo, I put my life in my hand, whenever I am going about, people follow me with guns and cars. You became president and after getting what you want, thrashed me. I should be disgraced?” he quizzed.

He stressed that he had issues with the President, his vice and some individuals within the NPP.

“As for me, I am pained by Akufo-Addo, that order from above that caused me to be handcuffed to a bed, gave me a shock.”

He continued that while in cells he developed symptoms of illness: “I was sent to Police hospital and while a drip was one me in a bed, I was handcuffed to the bed in the name of order from above. Akufo-Addo and Bawumia were in the know and Dampare was doing such things,” he alleged.

Owusu-Bempah also claimed that despite the hard feelings he harbours against both men, they called to felicitate with him on his birthday.

“Afterwards, you call wishing me a happy birthday. You know what…. All your promises you failed to fulfil, yet you allow for me to be arrested despite being the one at the receiving end of abuse and hurled before the court.

This is the second time in months that Owusu-Bempah, known as the Nation’s Prophet because of his closeness to Akufo-Addo is taking a swipe at the President.