A girl who was seen in a leaked sex video shared on social media has been picked up by some residents and flogged publicly in Wa.

She was paraded at the forecourt of the Wa Naa’s Palace on Tuesday (May 31, 2022) and lashed by a group.

A video of the incident, which happened on Tuesday afternoon has been shared on social media. 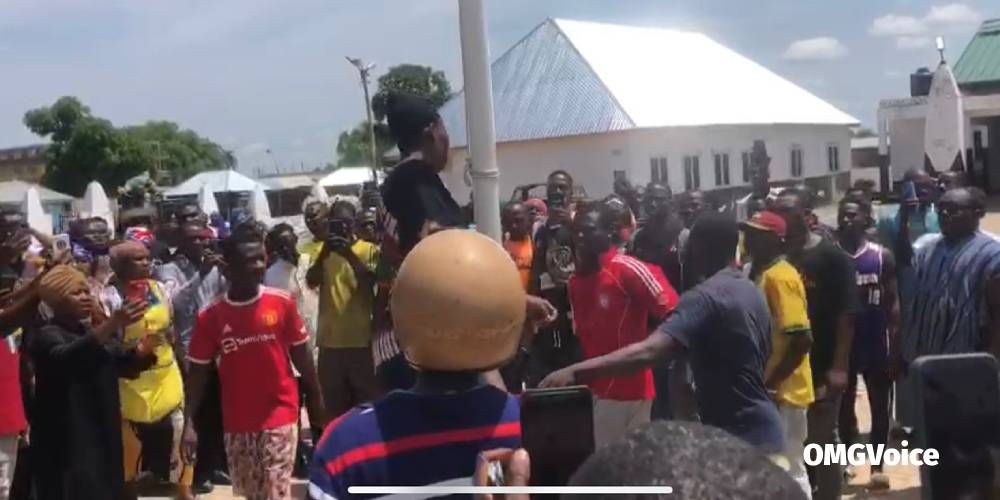 The girl had been seen having sex in a leaked video. The video had a date stamp of May 29 [Sunday]

This, did not go down well with some youth, who picked her up Tuesday, tied her to a pole at the forecourt of the Wa Naa’s Palace and flogged her.

Graphic Online understands that there was a similar video early on, with another young girl who was seen advertising that she was a commercial sex worker, and does hook-ups.

In the earlier video, the girl admitted she was a commercial sex worker and was available for hook-ups.

The matter was reported to the elders at Wa and they decided that, anytime they come across any of such videos, they should look for the persons behind it and deal with them, since Islam frowns on such acts.

The motive, was to serve as a deterrent to other young girls from engaging in such acts in Wa, according to a source who hinted Graphic Online about the incident.

So, when this new girl’s video was spotted on social media, the youth went for her, and paraded her Tuesday afternoon to flog her.

It would be recalled that a similar incident happened at Kafaba near Salaga in the Savannah Region in July 2020, where a 90-year-old woman on the accusation that she was a witch was lynched.

The incident happened on Thursday, July 23, 2020 in the East Gonja Municipality.

One of the main suspects said to have spearheaded the lynching of the 90-year-old woman was arrested by the police.

The suspect Latifah Bumaye, 33, was arrested at Kejewu Bator, a fishing community near Salaga, the capital of the East Gonja Municipality.