A young Nigerian woman who graduated from UNIZIK was killed after she was allegedly poisoned by a man she turned down.

She was posted to Oyo state for her NYSC where she unfortunately passed away before completing her youth service.

There’s been two different reports about the cause of her death. Friends shared screenshots of a chat where the deceased purportedly claimed that she had been vomiting after being poisoned by a man who was asking her out in Ibadan. 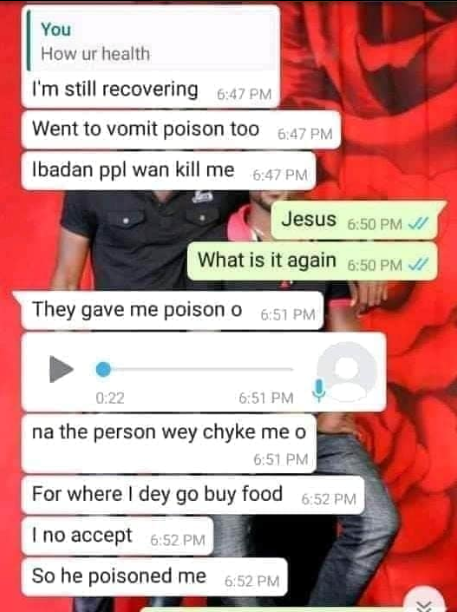 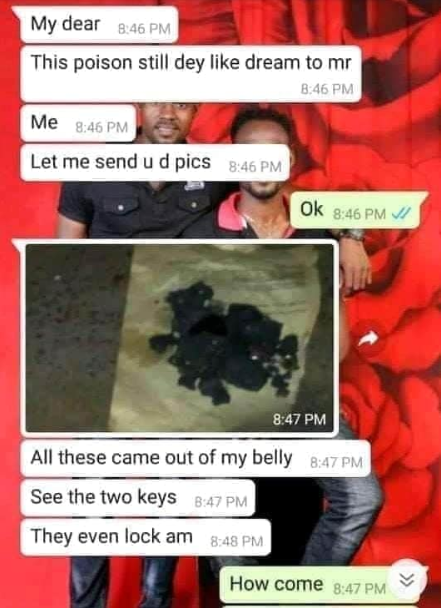 However, another Facebook user claimed she died from “kidney related disease” after battling for months to stay alive. It however is not clear if the kidney disease was as a result of the alleged poisoning.

Below are posts mourning the deceased, 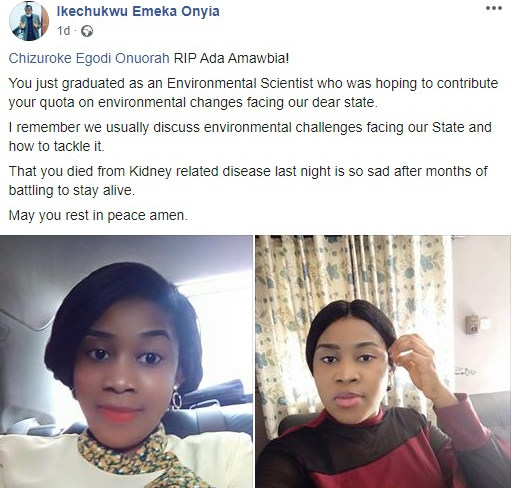 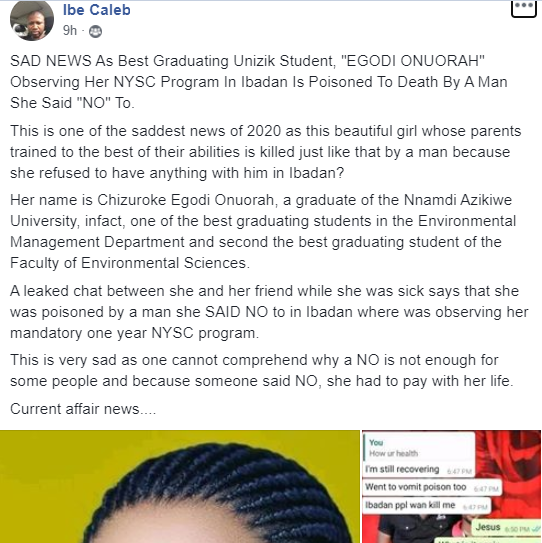 Please I Ve Not Endorsed Any Party – Stonebwoy Begs Ghanaians