A woman was left stunned after she found out that she had won the top prize of £10,000 a month for 30 years on the lottery.

Laura Hoyle and Kirk Stevens, from Nottingham, England, matched all five main numbers plus the Life Ball in the Set For Life draw from Camelot in March last year.

Laura had seen a notification in her app but she wasn’t sure if it was true. So, she rang the National Lottery to confirm her suspicions, while her partner Kirk filmed her reaction. 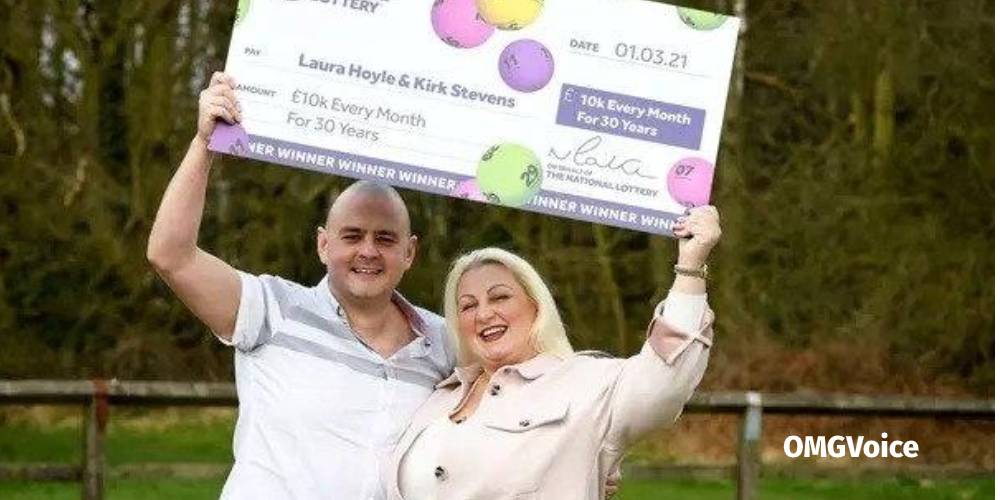 The incredible footage shows how she was left shocked by the news, struggling even to speak at one point before she says ‘I think I’m going to be sick.’

“I was physically shaking as I told the lady, ‘I think I’ve won the lottery.’ It was so weird saying those words. I kept thinking this must be a joke; it can’t be happening to us. And the ridiculous part was that, as I waited for Camelot to call me back, I still had to join work meetings online. I could hardly speak, let alone make any sense,” Laura was quoted as saying by The Mirror.

Since the win, Laura has given up work and manufacturing engineer Kirk has paid for his Master’s degree.

“It still hasn’t really sunk in. I say that yet I immediately quit my job and I’m doing stuff I normally wouldn’t have been able to do. I guess it’s all still surreal,” Laura said.

“I am so chilled about everything now, very relaxed and that is what the win has done for me. We are moving into a new house in April and it’s so stress-free because I don’t work now. We’ve been fortunate during Covid to go away, and once Kirk has finished his Master’s degree in the Summer we are off to Disneyland Paris and lots of other exciting places,” she added.

The couple has bought a house and the winnings have enabled them to take their passion, ghost hunting, to the next level.

“I’m in the last year of my Master’s degree in mechanical engineering. It’s been really hard at times to distance learn during Covid and it’s an expensive qualification and before the win I did, at times, question the investment.”

“As Laura said, the win has enabled us to relax about bills,” he added.