Jordan Ayew‘s sublime goal against West Ham United has been voted as the Amazon Prime Sport’s goal of the 2019/20 Premier League season.

In what has been described by most pundits as a generational goal, the Ghanaian International danced his way through the West Ham defence before elegantly chipping the ball over Roberto Jiménez in net, sealing the 90th minute 2-1 victory at Selhurst Park. 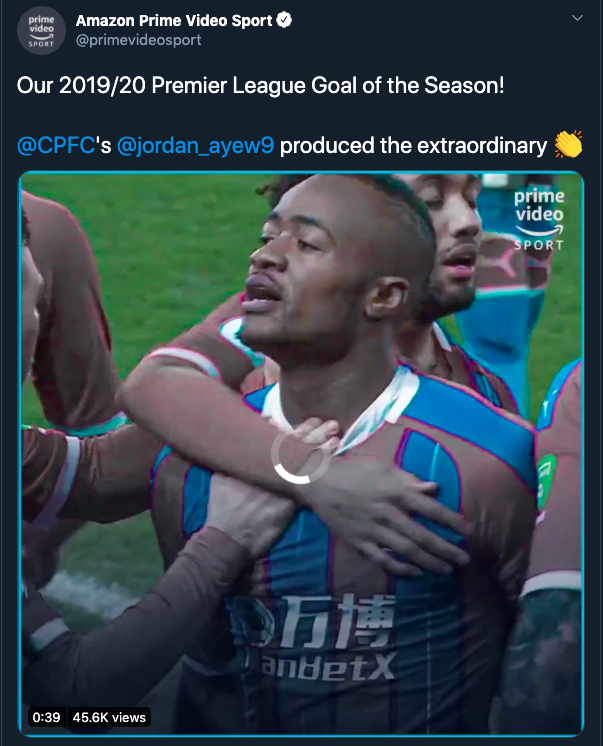 After the game, Ayew told Match of the Day: “Yeah, I think it is one of the best I have scored. I want to thank God and the people who support me.”

Relive the goal in the video below