Comedian Derrick Kobina Bonney, popularly known as DKB, has dropped all legal actions he had initiated against embattled actress Akuapem Poloo for accusing him of hoarding a GH¢4,000 donation.

DKB had reported the matter to the Criminal Investigations Department (CID) of the Ghana Police Service and sworn heaven-and-earth to get to the bottom of it.

“The extent to which I went to support is the same extent I will drag you over this. It ‘go over’ you,” the former Big Brother Africa inmate wrote as he posted the statement he filed at the CID headquarters. 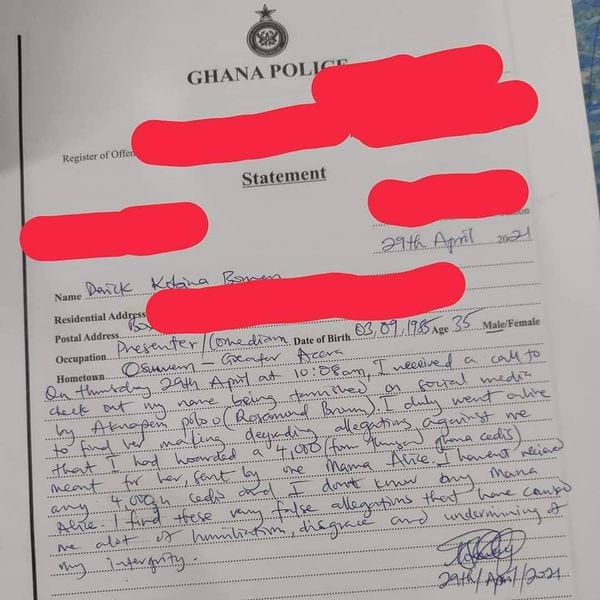 But on Friday, April 30, he said in an Instagram video that some respectable personalities including US-based gospel musician Dr Sonnie Badu have prevailed upon him not to pursue the issue any further.

“What touched my heart was that Rosemond’s mum called one of the people almost one hour on the phone wailing and crying saying she can’t even eat, that she begs, she doesn’t want any police case, any court case for her daughter again.

He added that his Christian belief also played a part.