China has switched on its artificial sun for a test and hoo boy was it hot.

The Experiential Advanced Superconducting Tokamak (EAST) is located west of Shanghai and is a nuclear fusion facility that is designed to hopefully one day create ‘unlimited clean energy’.

Officials decided to ring in 2022 with a test of the machine and it managed to reach temperatures of up to 70 million degrees Celsius. 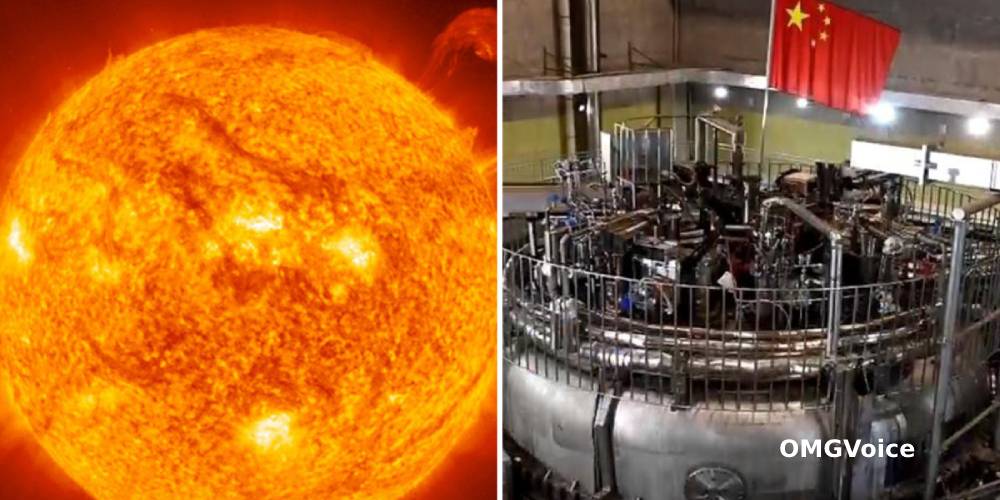 To understand just how hot that is, our Sun, the one that Earth rotates around in the solar system, only burns at roughly 15 million degrees C.

That means China’s EAST machine can burn five times hotter than the thing that is literally keeping everyone on Earth alive.

The test started in December and will last until June this year.

#China– The Chinese "artificial sun," the experimental advanced superconducting tokamak (EAST), has achieved a continuous high-temperature plasma operation for 1,056 seconds in the most recent experiment, the longest time of operation of its kind in the world.
📸 pic.twitter.com/6fZOu1GxT3

Gong Xianzu, a researcher at the Institute of Plasma Physics of the Chinese Academy of Sciences, told Xinhua News Agency: “The recent operation lays a solid scientific and experimental foundation towards the running of a fusion reactor.

“[The experiment] once again challenged the world record. We have comprehensively validated the technology, driving it a major step forward from basic research to engineering applications.”

That world record was set last year by EAST when it managed to burn plasma at an incredible 120 million degrees C, according to the New York Post.