Lessons every young Kenyan leader should learn from the late Moi.

Growing up I heard a lot of rumors about the late Moi. I was born at a time when he was the president and everything before that was hearsay. People described him as the man of steel, a dictator among other things. Several leaders later, Kenyans started comparing Moi to the current leaders and many wished he would come back. Our current leaders have so many flaws and characteristics that do not exude leadership skills. Here we are though, the man of steel has passed on and we all we can do is remember some of the attributes we wish our leaders can borrow from him.

1. He was a punctual man

Our current leaders are mostly entitled men and women who drive on the wrong side of the road and even keep people like journalists waiting for so long for press conferences. Moi’s assistant Lee Njiru said that Moi would start his day at 4 am which gave him time to organize his day and achieved a lot more.

He interacted with a lot of citizens and grew communities by building churches and schools in counties like Nakuru. He pushed for education as he understood that the only way we would be successful in our generation was to have a good education. He would randomly visit churches and schools and was greatly loved for it.

3. He did not abuse other leaders

Okay, he did say a couple of honest things about other leaders but it was rare or impossible to hear Moi utter proper abusive words like “dog” etc. Some current leaders we have literally have no standards and carry themselves in a very shady manner. Moi would use proverbs and had a way of saying things that everyone would obviously know who he was referring to but in a classy way.

4. He always had the final say

Moi was stern, dictatorial as a matter of fact but at the same time it actually did the job. Currently, leaders flaunt orders and ignore authority. Moi would order for the price of commodities to go down and they would at the blink of an eye. Most of our leaders just fight for their individual rights, steal money and literally neglect us. 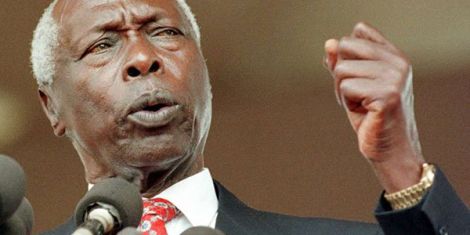 What will you miss the most about the late Moi?