Dating father Abraham is not easy and Kenyans are warning Tanasha Donna.

Tanasha who is also Diamond’s baby mama had an EP album launch in Nairobi a few days ago and guess who didn’t show up? The one person who is meant to be her biggest fan AKA Diamond failed to attend her performance. However, to cut the man some slack, Diamond had already explained a few hours before the event on social media that he had an emergency back home hence why he couldn’t attend. People have been speculating that the two have not been on good terms for a while now but then again rumors should simply be rumors.

Tanasha has quite the backbone considering she willingly dated Diamond while knowing that he already has two baby mama’s that have already accused him of being negligent. His own family is known for sidelining his women immediately he’s done with them and people are suspecting that they missed her album launch because there might actually be trouble in paradise. Many of Tanasha’s fans accused Diamond of cheating and even told Tanasha to get a real job before she becomes a single mother. Other’s claimed that Diamond stayed in Tanzania because he probably has a side chick but is this all true? 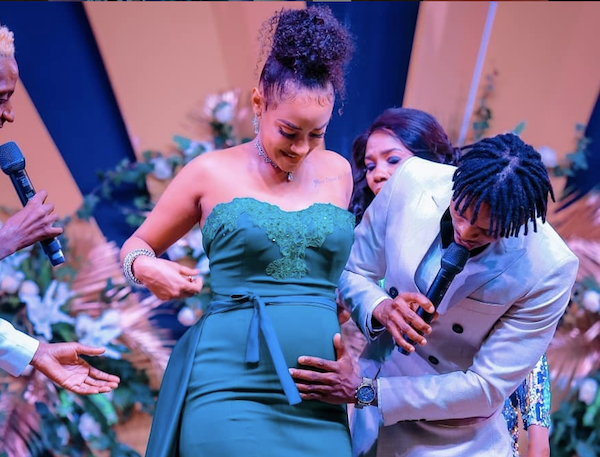 People should really leave Tanasha alone until she actually confirms that the rumors are true. The fact that she has a child with this man obviously puts her in a very vulnerable place, or what do you think? Has Diamond reformed?

You can also read, Tanasha Donna Reveals The Hell She Has Put Up With Dating Diamond