OMGVoice
Home Entertainment Why Huddah Regrets Getting A Breast Surgery

Huddah regrets getting a breast surgery.

We have all done crazy things for men that we have loved but then again if you have a man who is loaded, you might have to do a bit more. Huddah admitted that after being trolled for having small boobs she decided to do them for KSH 3.5 million. Ever even seen that kind of money? For a really long time people had accused Huddah of sleeping around with men to make ends meet but she never confirmed for some time. But lately, she’s been very open about her past and one thing she says she regrets was her breast surgery. 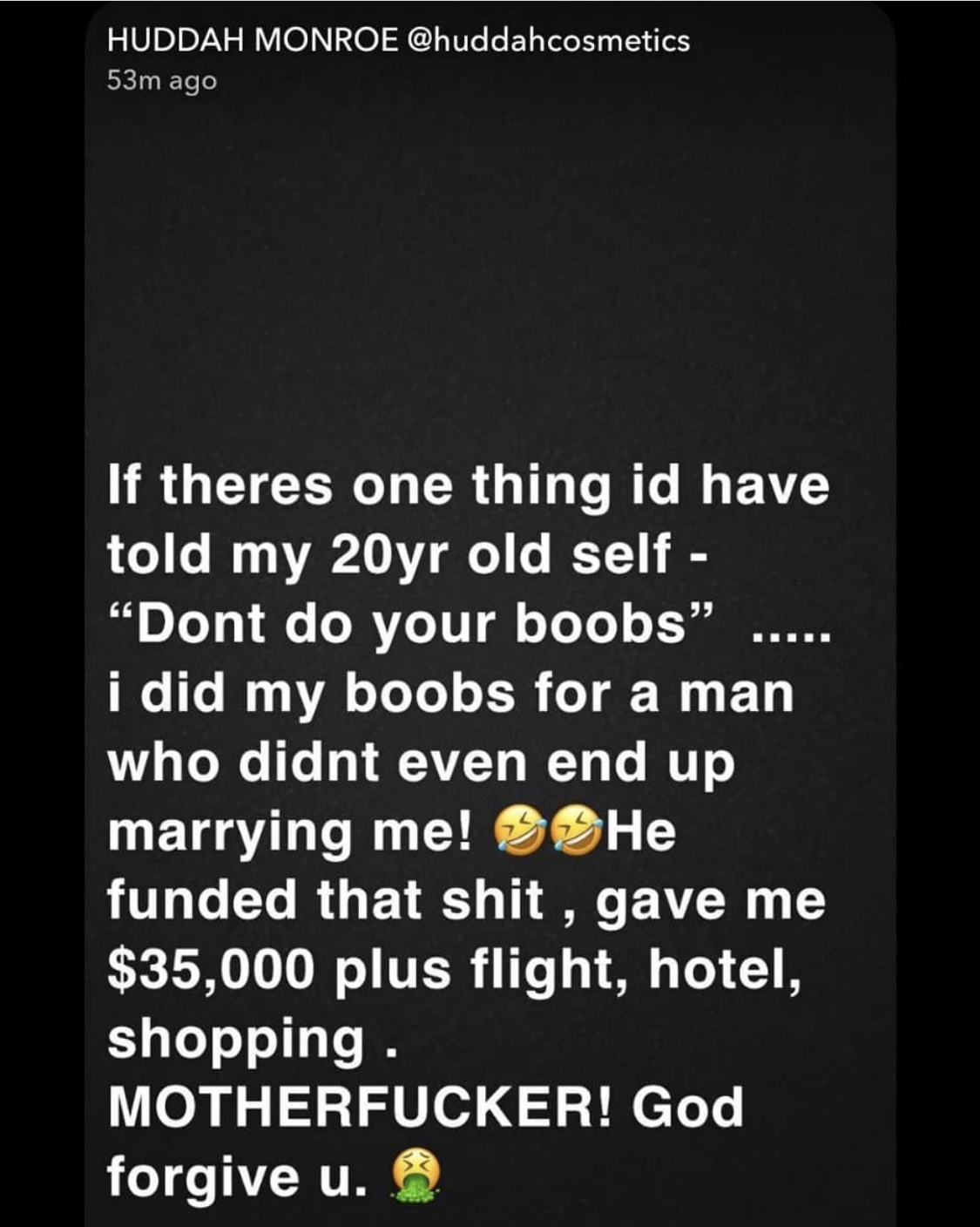 However, who was to blame though?

She makes it look as if this man forced her to get a boob job yet she was a 20-year-old who clearly made a stupid decision but it was her decision at the end of the day. Furthermore, since she now has money she can actually decide to remove the implants and go back to her original size. As much as she claims to be annoyed about her fake breasts she does a good job flaunting them around. But the main thing she said was that she did all that for a man who did not marry her.

The main lesson we can take from this is that you shouldn’t change yourself for any man no matter who it is. Also, if a man offers 3.5 million for a boob job please tell him you prefer a piece of land in Kajiado.

Also read, To Huddah’s Future Husband; She’s Now Ready To Have Your 5 Children