Do you remember these famous quotes from the late president Moi?

He was not known to be verbally abusive but he said things in proverbial manner that you knew who we was talking about. His smooth way of handling other politicians made people respect him. He always confidently expressed himself and called people out and didn’t matter where we was because he was still going to say it anyways. Here are a few quotes we remember from him.

This means that pork cooks itself in it’s own fat. He always used to talk to citizens warning them of different dangers especially in regards to the political scene. As Kenyans we have fried ourselves enough times in our own oil every time we vote for the wrong people. 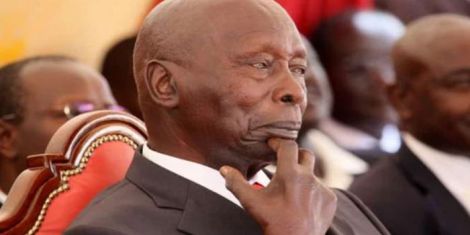 The power is in the people is what this means. He said this before he retired and urged Kenyans leaders to treat the people well as power is in with the people, which is ultimately true.

This was him talking about the people who would say that he was a radical person and a dictator which in many was he was but at the same time he was passionate about the country and especially about children and education.

4. In Kenya everybody is free, foreigners, business men…do business. You have unlimited opportunities but not political leadership

He encouraged foreigners to invest in Kenya but at the same time he didn’t like foreigners interfering with Kenyan politics, he preferred them staying out of political affairs and leadership.

If you want to know if an egg is rotten then you’d have to put in water and see the ones that would sink and the ones that will float. This is a metaphorical quote that was said by the former president during a delegates’ conference in 1992 when the delegates wanted a section of the constitution that would make Kanu dominant retained. Moi surprised them by pushing for a repeal.

Also checkout the businesses owned by the Moi family

We Didn’t Announce Any Winner, Asaase Radio Clears The Air On Soundclash

Y Pee Acquires Yet Another Benz, Poses With It In Latest Photo (+ Photos)