I Have Impregnated Your Cousin – Mtumba Man Blasts Andrew Kibe

Mayau Dreamchaser alias Mtumba man has responded to remarks by former radio presenter Andrew Kibe who said that he (Mtumba man) is gay. The cross-dressing man disclosed that he is still bitter with Kibe for the remarks he made against him. 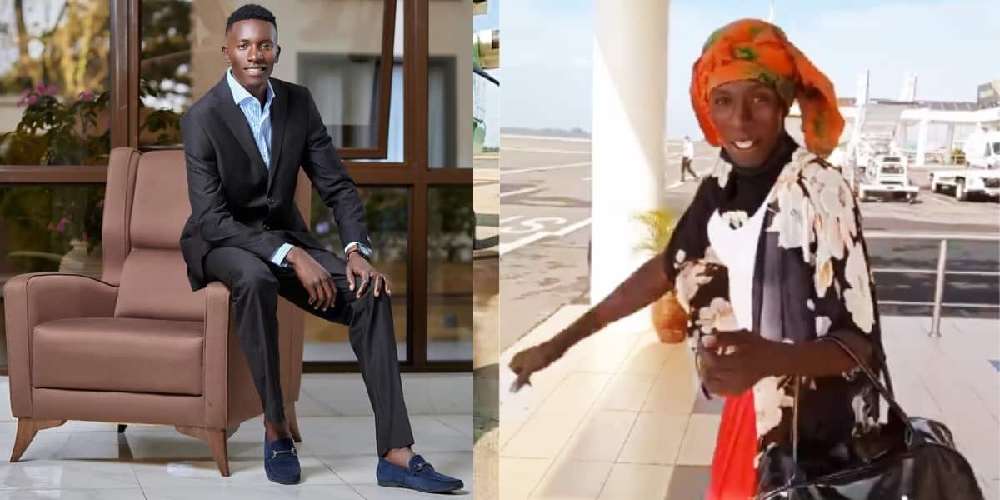 Speaking in an interview on YouTube, Mayau hit back at Kibe claiming that he is the boyfriend to Kibe’s cousin.

Mtumba man further asked Kibe to accept him as a relative after the revelation that he is expecting a child with Kibe’s cousin.

Dream chaser rose to fame through social media after videos of his comical sales pitches on the clothes he sells went viral.