Former Auntie Boss actress Nyce Wanjeri has opened up for the first time about what caused her parents’ death.

Nyce explained how she found out that the man she thought was her biological dad, was actually a stepdad.

The truth was revealed to her by a cruel step aunty at his funeral. 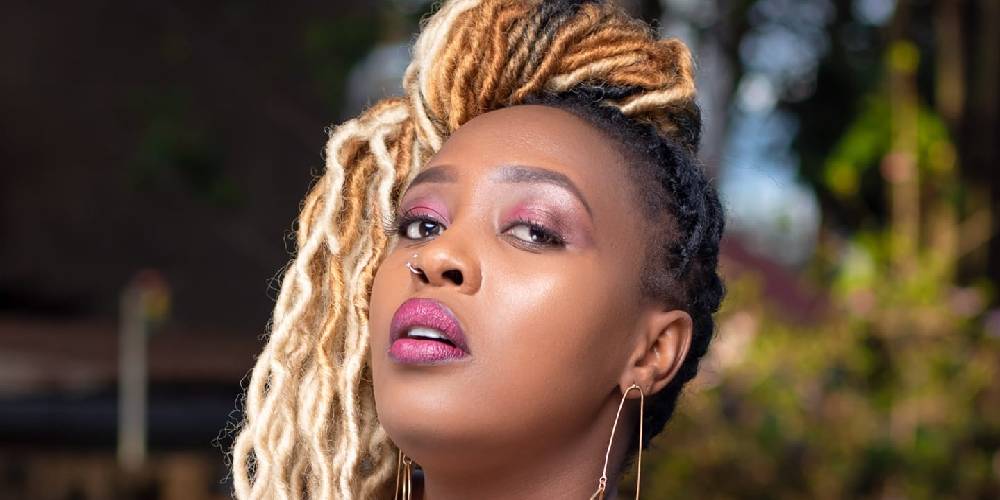 Speaking to Muthoni Kagoni on her YouTube channel on the Extraordinary Queens segment, Nyce narrated how she noticed her brother was treated better than her and she couldn’t understand why.

“Mum got married and got a boy, life was tough, at two years I didn’t know he was not my dad, he didn’t favour any of us, he loved me whole and didn’t discriminate.”

“I loved him too but his mother and his siblings discriminated. I noticed they didn’t like me, they treated me different from my stepbrother. I would rush home to do housework to get them to like me.”

The hate from her granny and aunties started soon after.

“My mother got another child another boy and we were happy. When he was born my father died. That was in 2002, November. During his funeral, I was 11 years, my aunt – sister wa daddy- asked why I was grieving and yet he wasn’t my real dad. I didn’t know he was not my real dad. It shocked me.

I got stressed and got ulcers at that young age. They made my life unbearable, in ushago life was hard for me, I am not saying this to embarrass anyone I am doing it to heal, they made life unbearable, they would uproot what my mum planted, and we slept hungry.”

Nyce said the mistreatment led to health consequences for her mum.

“My mum became so stressed out she lost so much weight. I noticed how thin she was, at that age I took up being a parent to my two brothers. When it got the worst was when my mum got seriously ill and became bad to us, they fought us so much, we would boil mushrooms and add salt for taste because we had no other choice.

We would come from school, pass by the forest and pick mushrooms for dinner because mum was bedridden and could not go to work, so we had to fend for ourselves.”

How did Nyce find out the deep family secret?

“I remember one time my mum’s sisters came to visit and when they saw her they all cried, put her in the car and drove her to the town hospital. She was in the hospital for 3 weeks feeding on juice because she had severe ulcers and then one day I cleaned the bedroom because we used to share a room.

I turned the mattress over and found envelopes. My curiosity was so much I opened it up then that’s when I discovered my dad was HIV positive and my mum is but our last born is not.”

So I came to discover that when my dad used to live in Mombasa he had ‘people’ over there because he would stay for very long periods without coming home. He found out he was HIV positive in Mombasa and didn’t tell my mum. She was so stressed because at the time there was such stigma against people diagnosed with HIV.”

Nyce explained why she is now, airing her family secrets.

“This is my first time sharing this story and I know there will be people who will be upset with me but bygones are bygones. It stressed my mum so much she did not have the will to live. my mum was so thin she was 36kgs, because of stress.”

“I am not sharing these stories for sympathy. I confronted my mum about her status asking her why she wanted to die and leave me to look after my two brothers. I told her I will drop out of school and not learn English yet it was my dream.

I cried and told her to cultivate the will to live. I begged my mother. She held my hand and told me she will live. She lived for another year after that. At that time there were no ARV’s so she was on boosters.”