Keroche heiress Anerlisa Muigai has moved out of her posh Lavington home, days after drama with auctioneers.

The Nero Company CEO made the development known while giving her fans a last tour of the empty house.

“I can’t believe I have to move out of my Nairobi house. I will surely miss you. Was such a beautiful home #Situations,” Anerlisa said.

The businesswoman further disclosed that she has also sold her Range Rover Velar, that she acquired in 2019. 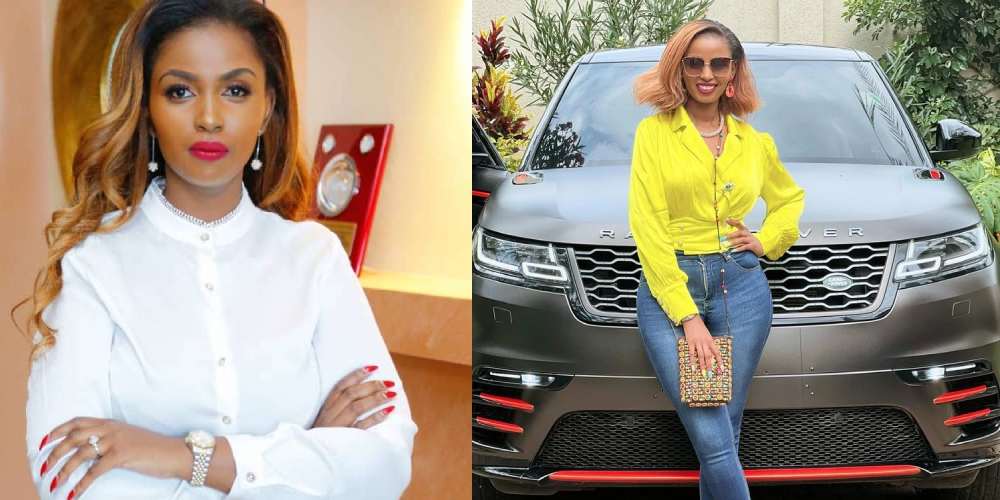 “Also I thought I should mention… there are car dealers reselling my car. Be aware the car found a buyer. Parking is so empty,” she stated.

Reacting to the news, Muigai explained that the dispute with auctioneers involved started way back in 2018.

“When the article was published on the front page in 2018, I said no way I will be quiet… I decided to use my social media pages to explain my case, and who is God, my post went viral to the point overshadowed the others,” Anerlisa said.

According to Ms Muigai the reports revolving around the defamation suit were tailored to extort money from her because she was never served or informed that the case was ongoing.

“My house help called me and told me ‘Madam kuna watu kwa gate wanasema wamekujia vitu za nyumba na gari,’ I was like, ‘Apana they have the wrong house number’.

“She said, ‘Apana wamesema wamekuja kwa Ann Muigai na wako na documents hapa’. I quickly told her to send me pictures. Shock to me I was being sued for defamation. I sent my lawyer the documents and he asked me two questions. Were you ever served by anyone? I said no. did anyone alert you that this case was going on? I said no. He said then this case was done maliciously to get me off guard and extort money from off me,” Anerlisa explained in one of her posts.

The businesswoman alleged that the people involved the lawsuit know the truth but they have opted to frustrate her.

“Funny enough is that everyone involved in the case knows the 100% truth about this. Anyway to finish this story I’m not in completion with anyone, those who know me, know that I like a peaceful life and quiet one. Kindly give me a peace of mind and as I said I have been through so much from last year, the last thing I want is any drama,” the Nero CEO signed off her statement.

It’s reported that auctioneers showed up at Anerlisa’s home with cops to obtain her property over a debt of Sh3,399,148.45.